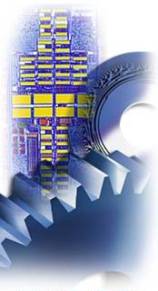 Since its launch by iC-Haus GmbH in 2002, the open-source BiSS interface for bidirectional sensor communication has been licensed, free of charge, almost 600 times worldwide and thus has become a standard for i. a. controlled drives. In 2017, BiSS users have joined together to form an international platform as “BiSS Association”, which grants licenses and in addition to technical principles lists available devices, smart sensors, support services, and links to the providers websites.

In cooperation with ARTESON GbR in Hechingen (BW), Germany, the user organization BiSS Association e.V. has developed a system for certifying BiSS products that is offered as a service by ARTESON. Chairman of the Association and founder of iC-Haus GmbH, Dr. Heiner Flocke, describes it as an important milestone for the open-source BiSS interface: “In addition to the global distribution already achieved, official technical verification of BiSS conformity supports establishing the BiSS interface as an industry standard. Also smart sensors by iC-Haus become tested for use in position encoders and granted as BiSS certified. In cooperation with ARTESON, we are now expanding the tests to both the BiSS Safety profile definition and BiSS Line as one-cable-technology.”

The FRABA Group with managing director Jörg Paulus is one of the first users of the BiSS certification for their encoders: “Our encoders meet the specifications of the BiSS interface and benefit from the BiSS certified verification.” Marcel Reuter, managing director of the BiSS Association, and Dr. Marc Scherer of ARTESON are responsible for the design and its technical implementation in the certification system: “Our test case definitions provide the basis for an autonomous system that tests and documents both BiSS slaves and masters and is integrated into the local network via Ethernet. Testing in order to award the BiSS certified label includes the correct structure of the BiSS frames, timing in data communication, and bidirectional register communication to ensure the interoperability of BiSS devices.”

The certification system will be presented by practical example at the BiSS Association’s booth (Hall 4A) at SPS 2021 in Nuremberg, Germany, where association members will also exhibit their BiSS products.